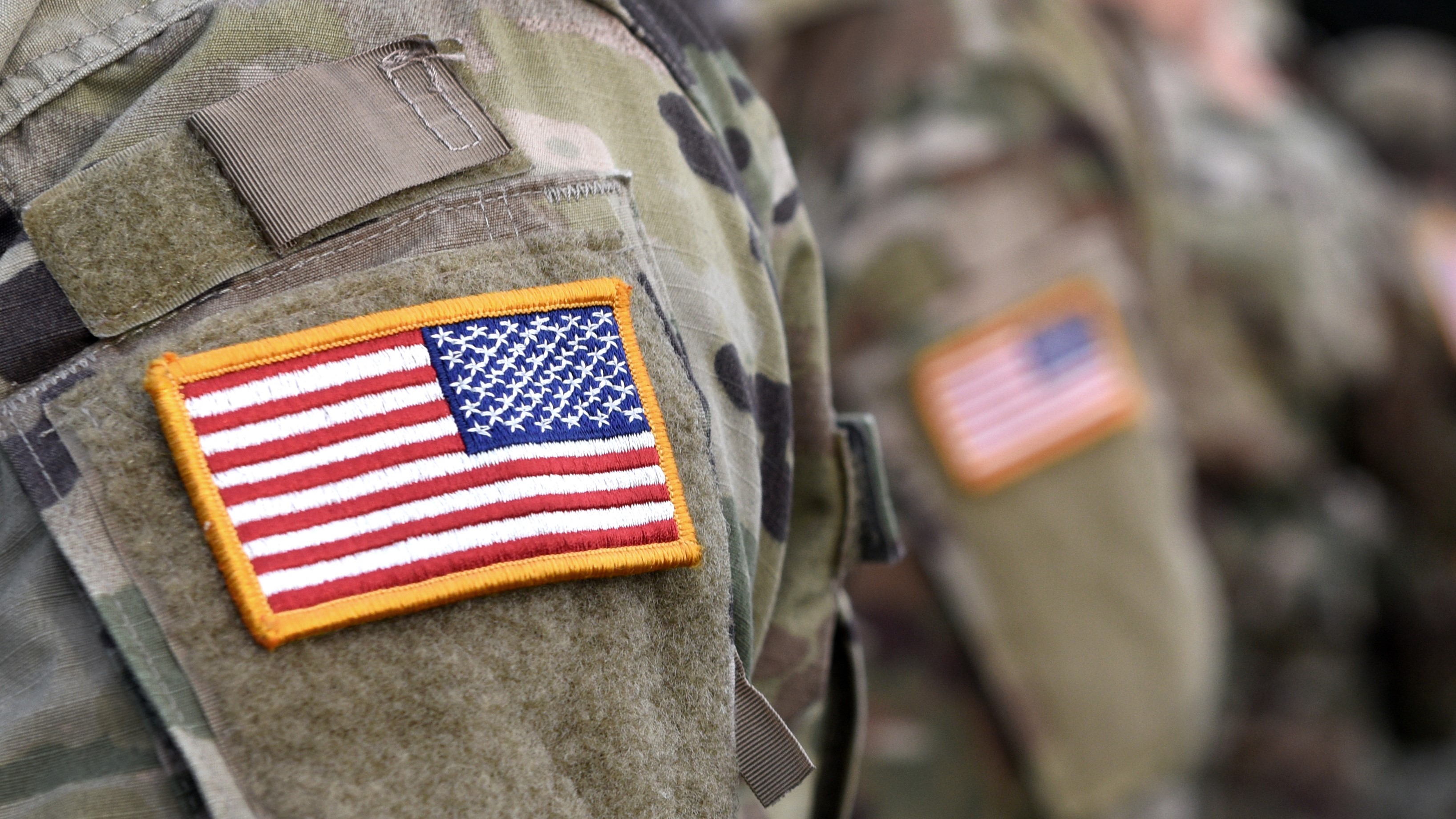 Each November 11th is Veterans Day, a time to honor and celebrate the individuals who have worn the uniform of our country. DK Security proudly employs over 200 veterans across our state-wide security teams; this year, we’re taking a little extra time to reflect on the experiences of our DK vets and spoke with a select few of them.

Thank you to every U.S. veteran for your service and sacrifice. Additionally, special thanks to every DK Security employee who shared their military and security stories with us this November.

Lori Black: A life of service

Culture and art with Lonnie Jones

A letter from Patrick Skoczek

Lori Black: A life of service 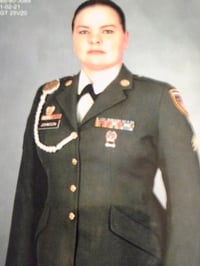 Operations Manager Lori Black always knew she wanted to devote her life to military service. From an early age, everything was “Dress Right, Dress” for her, meticulous and methodical. In 1986, two weeks after turning 17, Lori’s mother signed a permission slip that would allow her to enlist; she completed basic training between junior and senior year of high school, graduated, and left for active service three days later.

In 15 years as a member of the U.S. military, Lori achieved the rank of Staff Sergeant (E-6) and a career experienced by few. Her first eight years were served as a medic, followed by seven years capturing video and photo for the Pentagon archives and Associated Press.

Lori reminisces about her extensive world travel most fondly: Africa, Croatia, Bosnia, Egypt, Russia, Macedonia, and Germany. “Travel,” she recalls, “gave me such an adventure that not many people have.”

While stationed in Germany, Lori ran a foreign security college where people from 26 countries collaborated as translators. She also played a critical role in recording history by shooting films abroad. Once, she spent 30 days in the Sinai Desert to capture footage of the way U.S. personnel were living, which would go on to help incoming troops know what to expect while in Egypt.

Despite the positives, Lori is careful to remind us that her time in the military wasn’t all “glitz and glamour.” It was dangerous. She lived in a tent and ate MREs (“meals, ready-to-eat”) for weeks at a time, saw the gruesomeness of Desert Storm and the Bosnian War, and was deployed to hazardous environments with CNN.

Lori took an early retirement in 2001 after an initiative to bring new people into the field caused her to reevaluate things. First offered a military policing position, she eventually chose to return home to her family and become a Lansing area recruiter for two years. “You have to choose your family,” she imparts. “Especially when it’s children.”

If it weren’t for family, Lori assures us that she would still be in the military today – she loves it and loves our country.

That love is apparent by how she continued to conduct her life with structure and a military mindset after retirement. After returning to college and working in banking for a time, she served as a deputy in the Ingham County correctional system.

After some time, Lori felt a call to an administrative career and was directed to the security industry; she joined DK Security’s Lansing office in the latter half of 2021 as an operations manager.

So far, she loves the structure of security work. “Firm,” “fair,” and “consistency” are three words she lives by and communicates to each security officer she supervises. And, she has nothing but good things to say about each of them. “It’s one team, equal,” she says about building positive relationships with employees and succeeding as one.

Culture and art with Lonnie Jones 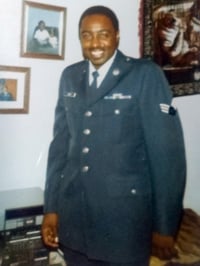 “I’ve seen so many faces, been in so many places, and shared so many spaces.” – Lonnie Jones

Security Supervisor Lonnie Jones’ military journey began at the age of 22, when he started to see how a career in public service could benefit him spiritually and offer him growth as a person. He enlisted in early 1978 and would go on to serve for eight years in the U.S. Air Force.

Lonnie’s assignments spanned the globe, taking him across the United States, Turkey, Germany, Spain, Japan South Korea, Guam, and Canada. His year in Turkey left the biggest impression on him, as he described not caring for the remote assignment at first but warming up to it over time.

His change of heart was about realizing the uniqueness of his situation and learning from it, even when his assigned detachment regularly interacted with locals in potentially dangerous situations. Over the course of two years, Lonnie picked up Turkish history, language, and culture, gaining a better understanding of his surroundings and finding value in them as a result.

“Don’t try to act like we’re so much better than they are,” Lonnie recommends for intercultural contact. Learning Turkish opened many doors for him overseas; he made friendly connections wherever he went and was even prompted to start carrying chocolate for local children.

With 10 children, 28 grandchildren, and 8 great-grandchildren of his own, connecting with his family is extremely important to Lonnie. He’s teaching them Spanish, Chinese, Swahili, a little Turkish, and encourages their artistic gifts. It’s not the first time he’s worked with kids, either. In the 90’s, he worked with Junior Achievement 4th graders and encourages everyone to always keep learning.

For a time, Lonnie continued his civil service by filling a community mayor position in a village of military families. He established a rapport with a base commander on behalf of the community’s interests and lives by Three C’s: “Commitment, Communication, Compromise.”

Lonnie’s love for his country runs deep and is something he’s expressed over the years through poetry. He once won a written poetry contest by answering the question “What is a Military Spouse,” and performed his creation “The Flag” during his time in the Honor Guard.

Some language in his work is inspired by “Places and Spaces,” a 1975 album by jazz trumpeter Donald Byrd. It connects back to his globetrotting experience in the military and resulted in Lonnie conceiving his own quote: “I’ve seen so many faces, been in so many places, and shared so many spaces.”

These days, when Lonnie isn’t creating his own art, he’s living around it – he’s our Security Supervisor at the Kendall College of Art and Design (KCAD) in downtown Grand Rapids and has donned the DK Security uniform for event staffing positions since 2015.

Lonnie’s advice for younger people considering a military career: “If they want to go that path, be focused, and have a goal in mind. It can be an amazing career.” 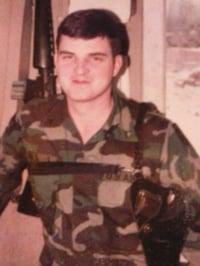 Born into a military family, the decision to enlist in the U.S. Army felt natural for Rick Bushong from the start. He enrolled in the Army’s deferred entry program in his senior year of high school and left for basic training the day after his May 1983 graduation commencement.

After completing basic training and Military Police school at Fort McClellan in Alabama, Rick was assigned a military police officer position in West Germany. Between base patrol duties and security for a Hawk missile site, he spent two years abroad and earned himself the rank of E-4 specialist.

Rick was honorably discharged from active duty in 1986, returning home to complete his bachelor’s degree (2001) and join the Eaton County Sheriff’s Office. After a 25-year career in law enforcement during which he attained the rank of Lieutenant, naturally, Rick decided to pursue the security industry.

He’s now a DK Shift Supervisor at a highly protected site in Lansing and is enjoying his time there. “It’s a great group of guys,” Rick says about his coworkers, who are mainly former law enforcement like him.

When asked about what being a veteran means to him, Rick is grateful to see vets continuing to be honored for serving, and even “getting more recognition for their service these days” than when he was active in the 80s. He sees a shift taking place in the way vets are revered and is happy to see it develop around him.

A letter from Patrick Skoczek 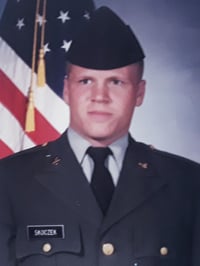 I am proud to be a part of DK security as a U.S. military veteran. I started my military service in 1987 at Fort Leonard Wood in Missouri and attended basic and advanced individual training as a combat engineer. I was fortunate and did well and came out with the rank of E-2 and went on to Airborne School in Fort Benning, Georgia.

After successfully passing U.S. Army Airborne School and becoming a paratrooper I was then assigned to the 82nd Airborne Division in Fort Bragg, North Carolina. Although I was an engineer, I was offered to work at headquarters for a JAG officer/attorney as a legal assistant. In that job I assisted my brothers and sisters in the 82nd Airborne Division with making life insurance decisions and any other personal service needs they required in the context of forensics.

From 1989 through 1995 I served with the Michigan National Guard in Pontiac, for a unit that's now disbanded called the 425th Airborne Ranger long range surveillance unit. I came into the unit as an E-4 specialist and had an opportunity to travel all over the country for training. During my time with the National Guard, I had applied to the Michigan Military Academy to get commissioned as an officer and then go on to fly helicopters, but during that time the Army was actually laying people off after Operation Desert Storm in 1993.

I stuck around for a little while but wanted to get married, so I decided to ETS in 1995. For many years I was fortunate to have had that experience; the many skills that I obtained during my time and service helped me in life. The years went by, and I went into the private sector to obtain a private pilot's license and FAA aircraft dispatcher’s license, working the network at Willow Run Airport moving freight around the globe.

It's been an honor to serve and to defend this great nation. The Stars and Stripes, red, white, and blue that many of my brothers and sisters paid the ultimate price for. Our freedom and liberty are something we can never forget in terms of being Americans with shared values! God Bless the USA and thank you for an opportunity for sharing my experience and how it's enriched my life and my community through a lifetime of service.

Patrick Skoczek is a full-time security officer from Farmington Hills, Michigan. He joined DK Security in 2022 and is a member of our healthcare industry security presence in the Metro Detroit area. 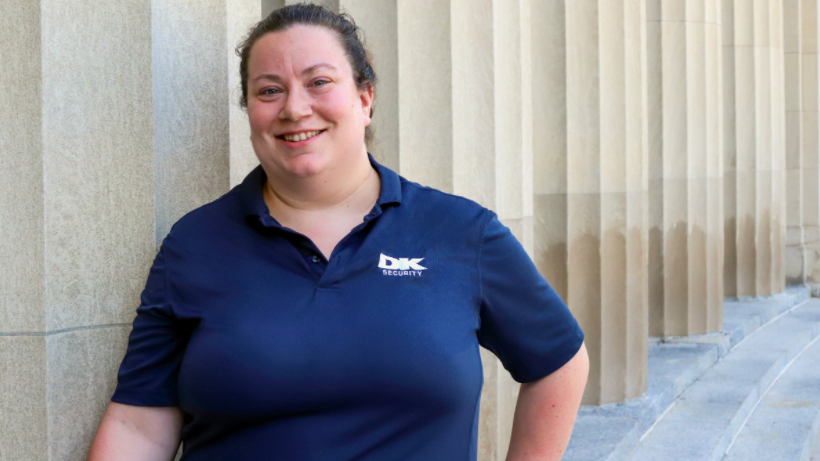 DK Security is blessed with incredible officers in our vast family of over 2,300 employees. The DK Employee Spotlight series aims to highlight some of these talented...

Our Top 10 Most Popular Security Requests

When you think about DK Security, what’s the first thing that pops into your head? Security guards at a football game, 5K, or maybe even a festival?